The Officers of the B.C. Federation of Labour meet bi-monthly to manage the day-to-day operational affairs of the Federation. 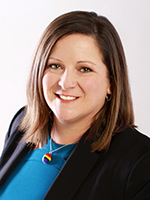 Sussanne Skidmore was elected BCFED president in 2022 after being elected as the federation's secretary-treasurer in 2018 and 2020. A well-known human rights, social justice and queer rights activist, she served as executive vice-president of BCGEU for 5 years. She has co-chaired the BCFED’s Human Rights Committee and is active in the federation’s Women and Gender Rights Committee. Skidmore is the national treasurer for the New Democratic Party of Canada and a vice president of the BC NDP. 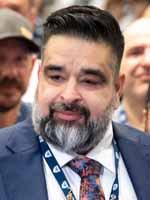 Hermender Singh Kailley’s first involvement with the labour movement began when he helped organize his fellow Vancouver Fringe Festival workers with IATSE Local 118. After a career change in 2004, he became a member of ILWU Local 502, joining the executive board in 2018 and becoming secretary-treasurer in 2019. A first-generation Canadian born to Punjabi parents, Hermender also serves on the executive board of the New Westminster and District Labour Council. 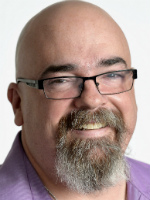 International Longshore & Warehouse Union
Prior to becoming President in 2016, Rob also served as First Vice President of ILWU Canada. A Longshore Worker since 1994 with ILWU 500 in Vancouver, Rob was elected to the Local 500 Executive Board, served on various Local committees, and was a Business Agent for five years. 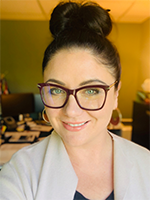 International Alliance of Theatrical Stage Employees, Moving Picture Technicians, Artists and Allied Crafts
Crystal Braunwarth is the Acting Business Representative of IATSE Local 891, representing professional artists and technicians employed in the film and television industry in British Columbia. Founded in 1962, Local 891 is one of the largest locals of the IATSE, which is made up of over 135,000 members throughout North America. 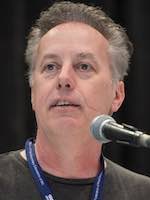 Federation of Post-Secondary Educators of BC
A faculty member at Capilano University since 1996 in the innovative Interactive Design program, Brent served as President of the Capilano Faculty Association from 2014 - 2020. Brent has been a member of Presidents Council at FPSE since 2014, and was elected to the position of FPSE President in June 2020. 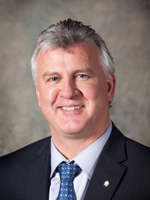 International Union of Operating Engineers
Brian Cochrane is a Business Manager and member of the Executive Board of IUOE 115. Local 115 members have exceptional skill levels, a commitment to safety, pride in the important work we do, and a firm belief in our right to fair and respectful relationships with all employers.

BC Teachers' Federation
Clint became BCTF President on July 1, 2022, after serving as a Vice-President for six years and a member-at-large before that. He began his teaching career in England before becoming an elementary school teacher in Chilliwack, and President of the Chilliwack Teachers’ Association. A Vice-President of the Canadian Teachers’ Federation, Cliff is a lead BCTF negotiator in the current round of collective bargaining. Canadian Union of Postal Workers
In three decades with CUPW, Colleen has been a Regional Education and Organization Officer, Grievance Officer, WCB advocate and member of the CUPW National Executive Board. She became the first woman elected as National Director of CUPW, Pacific Region in 2019. Colleen serves on the CUPW National Women’s Committee and is a New Westminster and District Labour Council executive member. 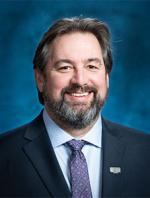 United Steelworkers
Scott became the Director of USW District 3 in November 2021, representing Canada’s four western provinces and three northern territories. Scott was key in negotiating the merger that brought over 12,000 members Telecommunications Workers Union into the USW, and served five years as Vice-President of the BC NDP. Since 2020, he has worked closely with the national local to support staff, provide mentorship and build a stronger future for USW members. 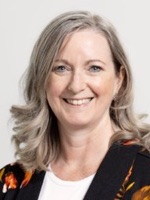 Movement of United Professionals
A member of MoveUP for over 30 years, Lori assumed the role of president in June 2022. Prior to that, Lori served as MoveUP’s secretary-treasurer from 1999 to 2022. Her first elected position in the union was as an executive councillor from ICBC in 1993.
Lori is a past-president of the New Westminster & District Labour Council (NWDLC) and served from 2007 to 2019. She was honoured by the NWDLC with a Labour Community Service Award in 2017. 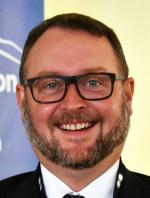 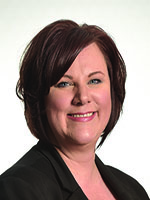 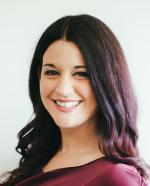 United Food & Commercial Workers' International Union - Local 1518
A passionate advocate for social justice, UFCW 1518 President Kim Novak is committed to creating positive change on issues that matter most to members. As the former Secretary-Treasurer and a former Safeway member, Kim is a skilled negotiator with a deep understanding of the challenges members face every day at work. 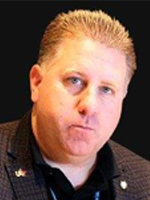 United Association of Journeymen & Apprentices of the Plumbing and Pipefitting Industry
President of the BC Building Trades Council, representing 25 local craft construction unions, Al also holds the office of business manager/financial secretary of UA Local 170; representing over 4,000 journeypersons and apprentices in the pipefitting industry. A Red Seal steamfitter-pipefitter and gasfitter, Al has held many roles with UA Local 170: president, vice-president, executive board member, lead organizer, trustee and UAPICBC board member, and most recently served as executive director of UAPICBC. 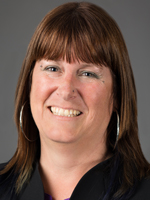 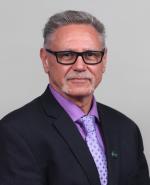 International Brotherhood of Electrical Workers
Phil became a member of the IBEW Local 230, Victoria in 1981. After 15 years of working in the construction and shipbuilding industries, as a Red Seal Construction Electrician, Phil became a Local 230 Organizer, and seven years later was elected in 2002 as the Local 230 Business Manager/ Financial Secretary.
Phil has served as President of the Vancouver Island Building Trades, and the BC Building Trades, as Vice or President of the Vancouver Island Metal Trades shipyard unions, as the President of the Vancouver Island Railway Council of Unions, as a BCFED Officer twice prior to this term, as the IBEW Provincial Council Chair since 2008, and as Canada’s representative on the IBEW’s Executive Board.
Phil has served on Canada’s Employment Insurance Board of Referees, as the Chair of the Maritime Sector Advisory Board for BC’s Industry Training Authority, on Camosun College’s Board of Governors, and several other government and labour boards and committees.

Health Sciences Association of BC
Kane Tse is President of Health Sciences Association, representing over 20,000 members working in health sciences and community social services across BC. An Assistant Bioinformatics Coordinator working to analyze and interpret genomic data to assist in personalized treatment plans, Tse has served fellow members as chief steward and member organizer on key issues including paid sick leave.