(Unceded Squamish, Tsleil-Waututh and Musqueam territories — Vancouver, BC) The BCFED released the following statement on the occasion of the International Day for the Elimination of Racial Discrimination:

Sixty-one years ago today, police officers in Sharpeville, South Africa opened fire on a crowd peacefully protesting apartheid laws, killing 69 people. Since 1979, we have marked the anniversary of that massacre with the International Day for the Elimination of Racial Discrimination, a day to recommit ourselves to eradicating the profound injustice of racism and rectifying its violent, painful legacy.

This day has particular resonance for Canadians, knowing as we do that much of the apartheid system mirrors the historical treatment of Indigenous peoples. And it reminds us that the end of legal structures of racism and colonialism isn’t enough. We celebrate real progress such as the passage of the B.C. Declaration on the Rights of Indigenous Peoples Act, and support the work of Rachna Singh, B.C.’s first Parliamentary Secretary for Anti-Racism Initiatives. We recognize as well that Indigenous, Black and People of Colour have for far too long carried the burden of anti-racism work. The pandemic has exposed the virus of racism as a force of violence and brutality. The work of anti-racism and decolonialization is far from done, and demands our unceasing commitment.

This day is also a reminder that the resistance to that work can be brutal and sometimes lethal — from the violence that Indigenous people, Black people and people of colour experience from police, to the recent surge in hateful attacks on members of the Asian community. The labour movement must do all we can to defend those facing hate and racist violence.

Our recovery from this pandemic must include everyone, and that we rebuild our economy on a foundation of intersectional equity and justice. We are especially inspired by the guidance of Indigenous leaders who have stressed the importance of building community in all we do. As the pandemic has shown us yet again, our well-being truly is collective; an injury to one is an injury to all. We aren’t free until all of us are free; we aren’t safe until all of us are safe; and there is no justice until there is justice for all of us.

Let’s take the energy we’ve harnessed in fighting back the COVID pandemic, and channel it into fighting the pandemic of racism — from individual acts of hatred to the institutional systemic racism too many must endure. The BC Federation of Labour stands in solidarity with all who are part of that fight, and who endeavour to eradicate racism once and for all. 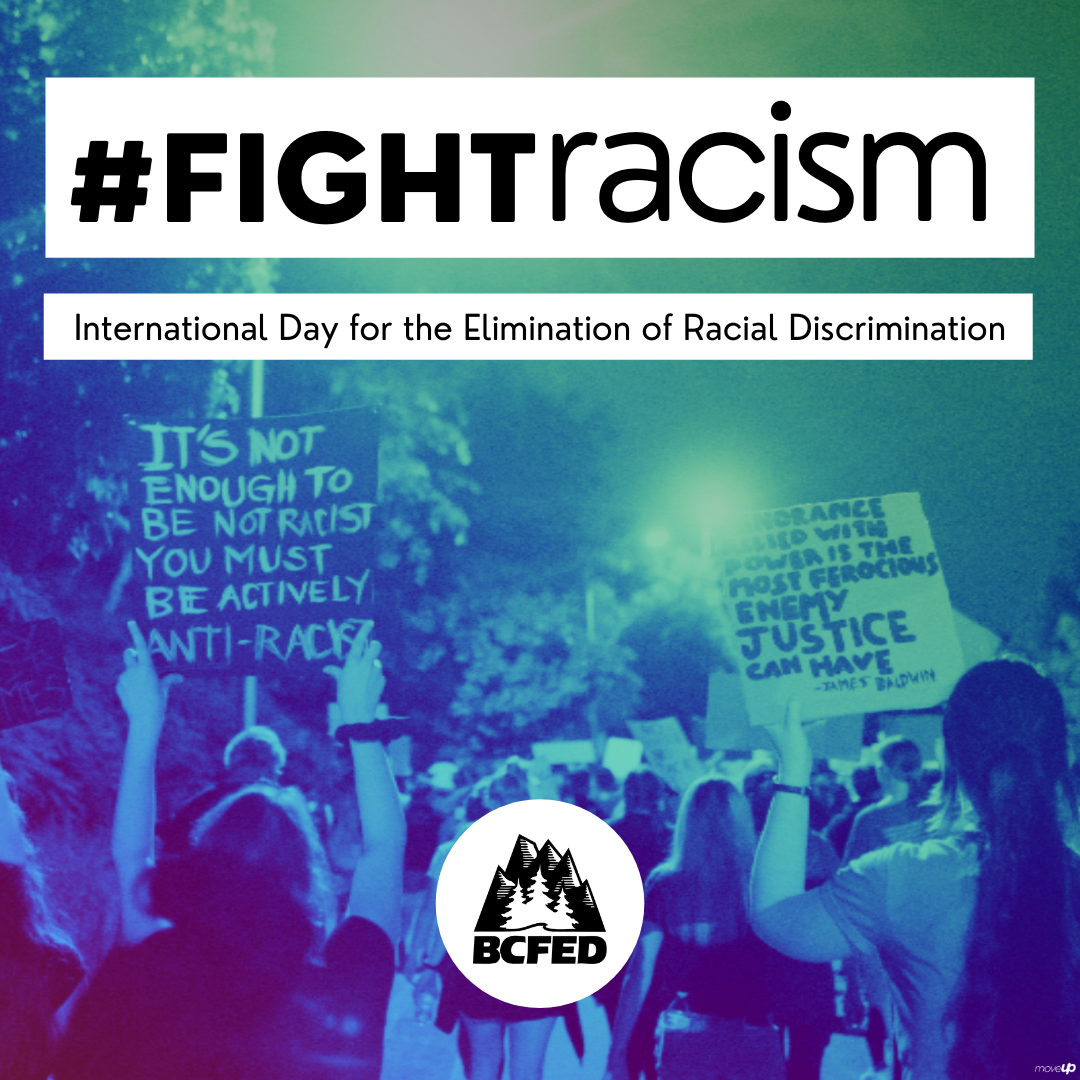 Help us serve you better. Let us know about your experience using our website. Take our quick survey.